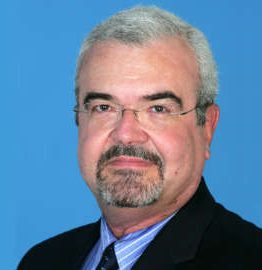 Andres Wolberg-Stok is the Global Head of Policy at Citi FinTech, a new unit that is spearheading the transformation of Citi’s Global Consumer Banking business into a mobile-centric “Bank of Tomorrow”. He joined Citi from an international personal-finance startup and has served in a variety of digital roles, first for Citi Latin America, then for Citi’s U.S. consumer businesses, and globally since 2012.

Andres was one of the founders of Citi FinTech from his previous role as Global Head of Emerging Platforms and Services. Earlier, as Citi’s first global head of mobile banking, he invented Citi Mobile Snapshot, the patented 2014 breakout feature that made Citi the first major U.S. bank to offer no-login account access. He also led the teams that designed and built Citi’s global mobile banking app and its award-winning consumer banking tablet app. In 2015, Andres turned Citi into the world’s first bank with an Apple Watch app.

Prior to becoming a banker, Andres was an international correspondent and senior news executive with Reuters, the leading international news and financial information organization. He hobnobbed with heads of state and ministers; had tea with mass-murderer military dictators; was driven, blindfolded and at gunpoint in Paraguay; and raced in a car at 120 mph along the edge of a minefield in Croatia. He finds most days in banking very manageable.