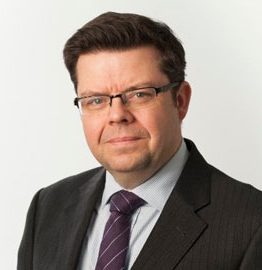 Dr. Brad Pragnell is a highly-experienced executive with over twenty years’ experience who has led strategic policy debates and transformational industry initiatives.  He has his own consultancy, 34 South 45 North, and is also a Senior Adviser with Bower and Partners.   He is based in Sydney, Australia.

Brad currently consults with Payments Canada, the national body responsible for Canada’s clearing and settlement infrastructure.  These efforts have led to the delivery of Payments Canada’s Modernization Roadmap and Industry Plan, which was publicly released in December 2016.

Prior to this, Brad was the Head of Policy at Australian Payments Clearing Association (APCA) between 2008 and 2016.  He provided policy leadership on the development of the revolutionary new fast payments implementation called the New Payments Platform (NPP) which will begin operation in October 2017.

During his time at APCA, he led policy projects on reform of settlement within the Australian bulk electronic payment system; introduced a new bank account switching service for consumers; and led a national consultation on the role of cheques in Australia.  He led the delivery of the Australian Payments Plan (APP) which details the Australian payments industry’s strategy for the next ten years, with a focus on identity, security and enhanced industry efficiency.