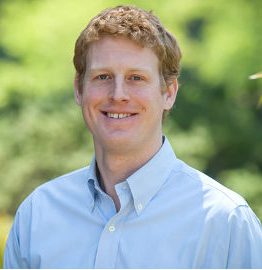 Brendan’s passion for technology is born out of the belief that you
can improve the world by writing code. This began in elementary school when he programmed games and how-to sites in HyperCard on an Apple Macintosh. He kept tinkering throughout school, eventually programming robot dogs to play autonomous soccer, which he published for his master thesis.

Brendan joined Canaan’s NYC office in 2010 to help invest in startups that are changing the world with code in the fintech, e-commerce and digital media sectors. He built Canaan’s investment thesis in Insurance, leading our series A investments in Embroker and one stealth company. He has also worked closely with a number of e-commerce companies within the Canaan portfolio including NatureBox, Artspace, OpenSky and Gemvara. Brendan thrives on working through the interplay of numbers and strategy; as an associate, he worked closely with a number of CEOs as they navigated major strategic decisions. He is on the boards of Embroker, Ladder Life, and EVEN Financial. In addition, he is second hand to several portfolio companies including borro, JOOR, NatureBox, Orchard, and ShopKeep.

Before Canaan, Brendan interned at AppFund, a seed-stage venture firm focused on the mobile sector. Prior to that, he was a senior
quantitative analyst at Lehman Brothers and Barclays Capital writing
PERL and SQL in real-time on a trading desk to optimize book
performance through the financial crisis.

Brendan received an MBA with distinction from the NYU Stern School of Business, where he specialized in Finance and Entrepreneurship and was a Stern Scholar. He also holds an MS in Computer Science from Brown University, and a BA in Political Science from Bowdoin College.