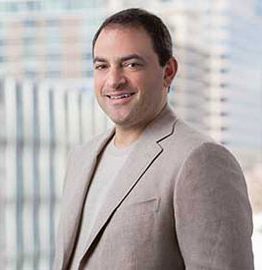 Eric Cantor is MD at Global Mobile, and also leads the PayGoal product team and strategy at NTFP. He is an accomplished entrepreneur who co-founded two Internet infrastructure companies in the Washington, DC market and sold both to venture-backed acquirers. Recently, he has focused on building technology for social good. He established Africa’s first mobile phone application laboratory, AppLab, in Uganda in 2007 with Grameen Foundation, MTN and Google. Among other honors, AppLab won the Award for Best Social and Economic Development Product at the 2010 Mobile World Congress. Before that, Eric earned a Master of International Affairs degree, during which he conducted research across Latin America on remittances and other tools for financial growth. He also worked at Acumen Fund, launching the investment firm’s operations in Kenya and establishing the first version of its renowned Fellows Program. He is an experienced advisor, investor and mentor to a number of mobile startups globally, and has lectured extensively on business, mobile phones and technology in the developing world. Eric was appointed Part-Time Lecturer at the School of International and Public Affairs (SIPA) at Columbia University in 2013, where he teaches Technology Solutions for International Development and Social Change. He speaks Spanish fluently, with some proficiency in KiSwahili, and has completed 11 triathlons.